Skip to content
Want to letter like a pro?
Check out the lettering generator plus!
Home » Hand lettering letters to practice » Lettering H | 9 ways to draw a “H” 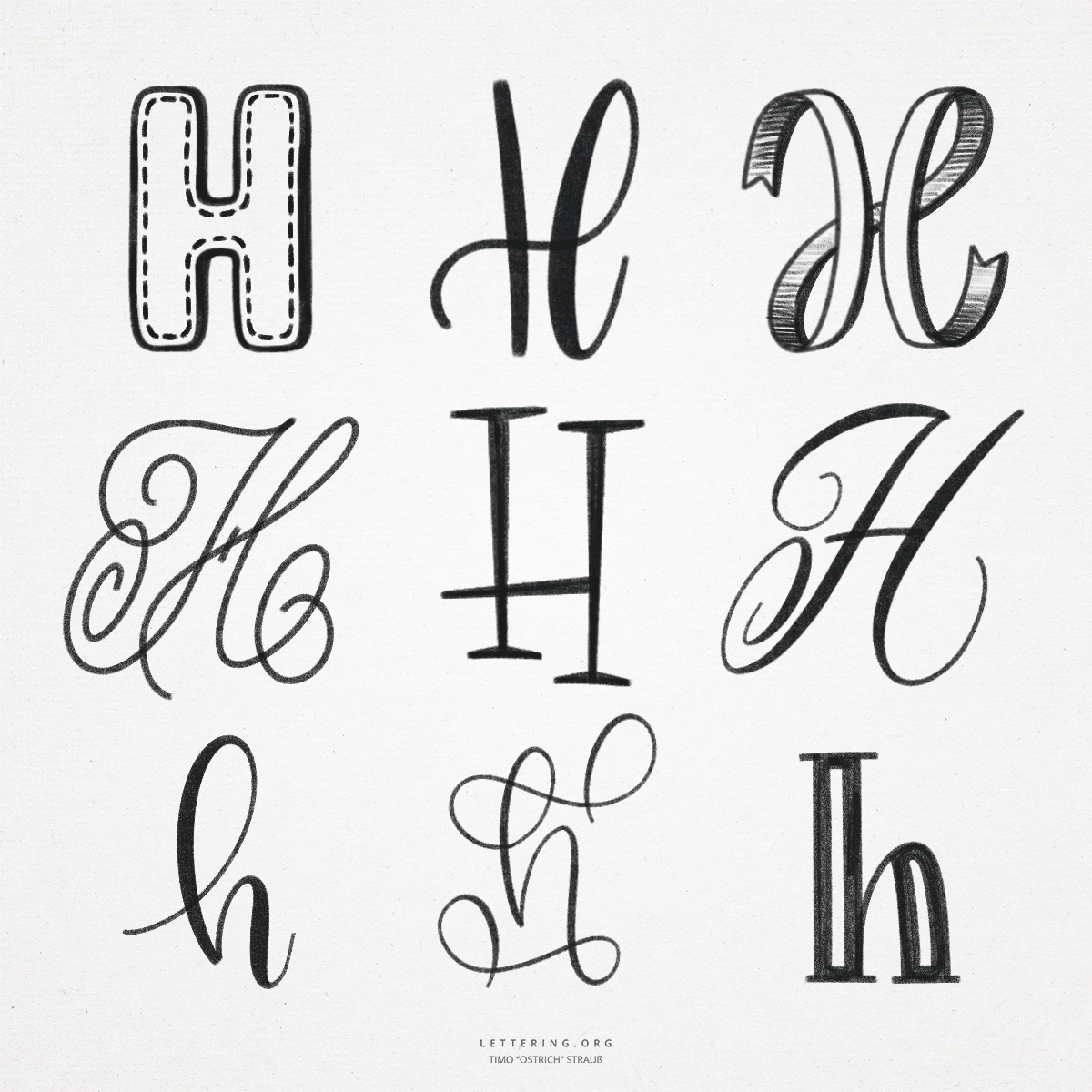 The “H” is very easy to create, especially as a print font. In principle, it consists of only three lines and is thus quickly learned and reproducible. It becomes more difficult when you want to write the hand lettering “H” in block letters. The long, straight lines must be drawn safely and as parallel as possible so that a harmonious block letter is created at the end.

By the way, the “H” has its origin in a symbol for a fence. In the course of time, the “H” we know finally evolved.