Skip to content
Want to letter like a pro?
Check out the lettering generator plus!
Home » Hand lettering letters to practice » Lettering G | 9 ways to draw a “G” 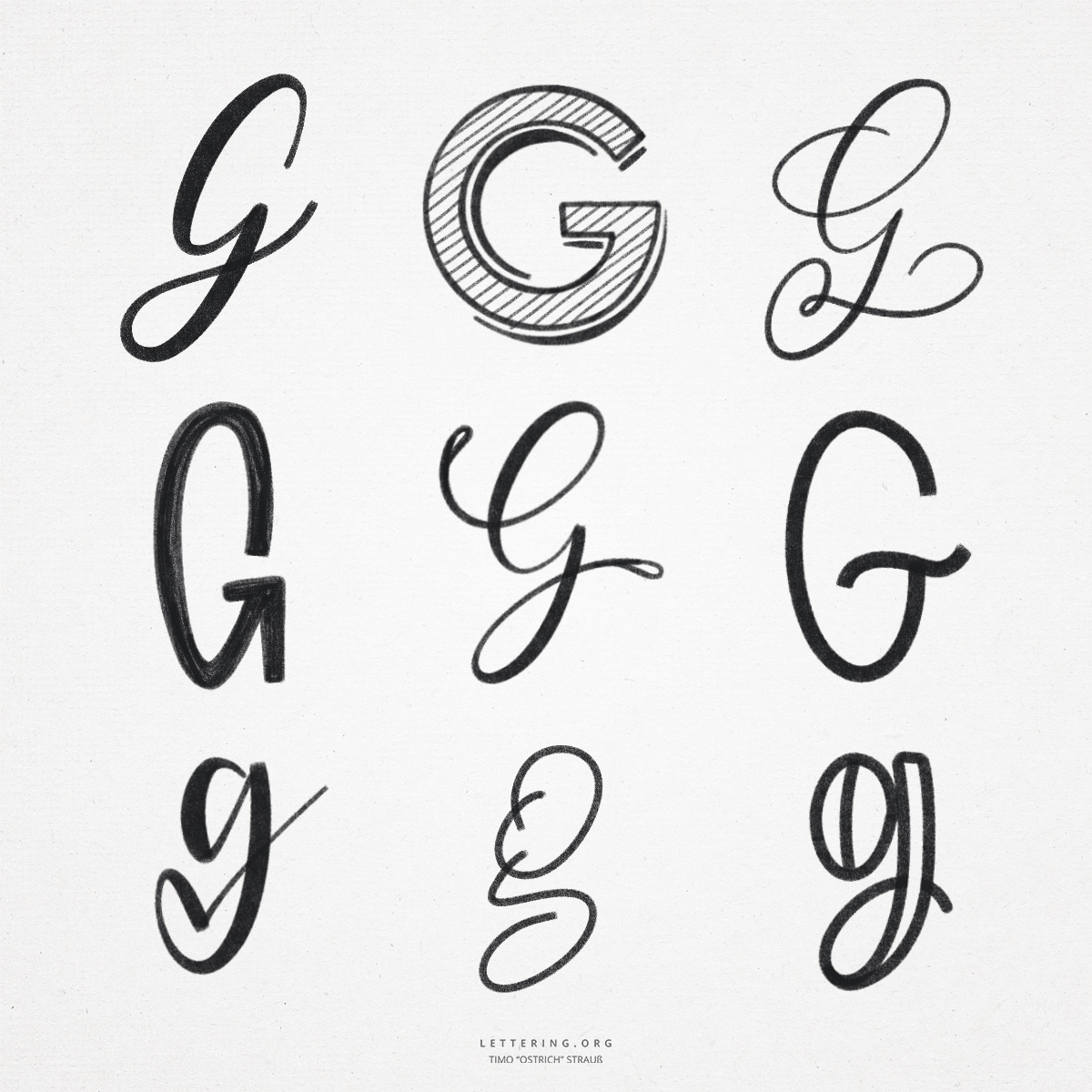 The “G” is a particularly exciting letter for hand lettering and brush lettering. It can be written and decorated in many different ways. This is also due to the fact that the “G” in the course of its existence in the Latin alphabet was designed quite differently – both as an uppercase and lowercase letter.

By the way, the “G” was introduced at that time as a variant of the “C”. This explains the similarity of the two letters, which mainly share the large arc. Especially with the hand lettering “G”, this arc is definitely a challenge, as it requires an even and calm stroke.