Skip to content
Want to letter like a pro?
Check out the lettering generator plus!
Home » Hand lettering letters to practice » Lettering F | 9 ways to draw a “F” 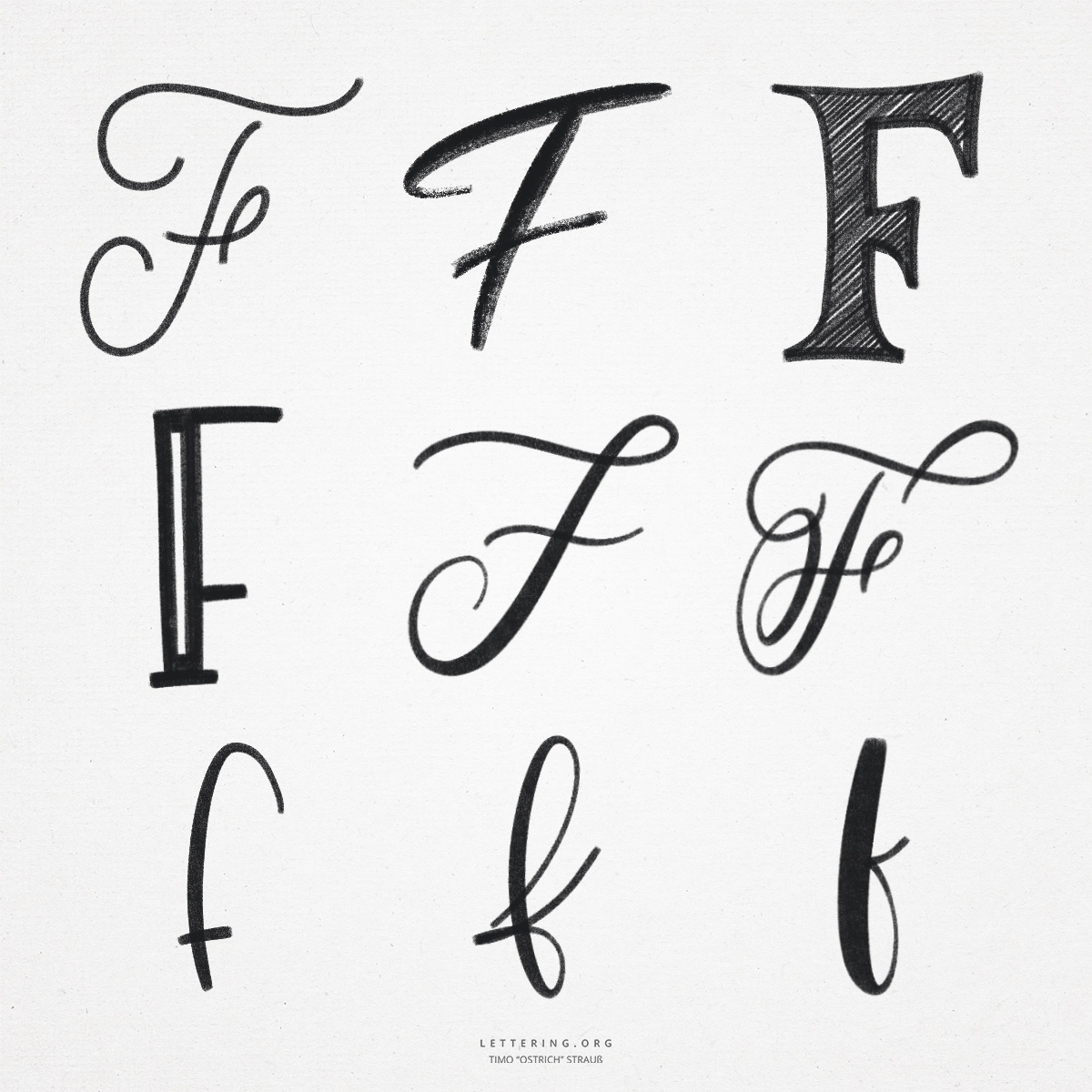 The hand lettering “F” is again a very special letter. Because of its many variants and the sometimes difficult execution, it is hated – or loved – by many. Especially in hand lettering, the “F” offers many possibilities for design. Both in the basic anatomy and through additional flourishes and large arches.

On its way into the modern latin alphabet, the “F” took on various forms and was used for different sounds.