Skip to content
Want to letter like a pro?
Check out the lettering generator plus!
Home » Hand lettering letters to practice » Lettering C | 9 ways to draw a “C” 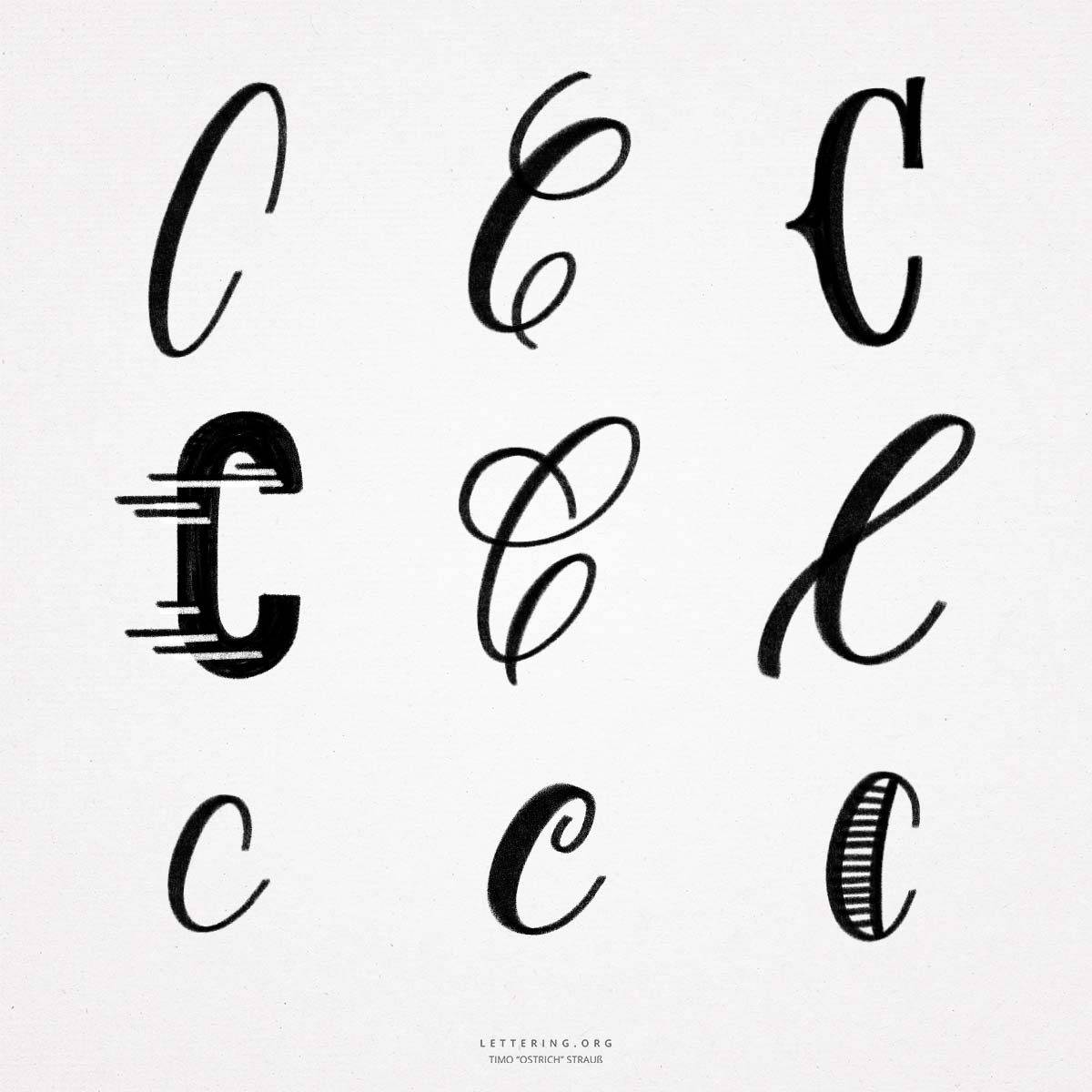 The hand lettering “C” is very simple in its basic form. It consists only of an even arc that opens to the right. If you want to implement the “C” as brush lettering, you only need three different stroke widths for the simplest version.