Skip to content
Want to letter like a pro?
Check out the lettering generator plus!
Home » Hand lettering letters to practice » Lettering A | 9 ways to draw an “A” 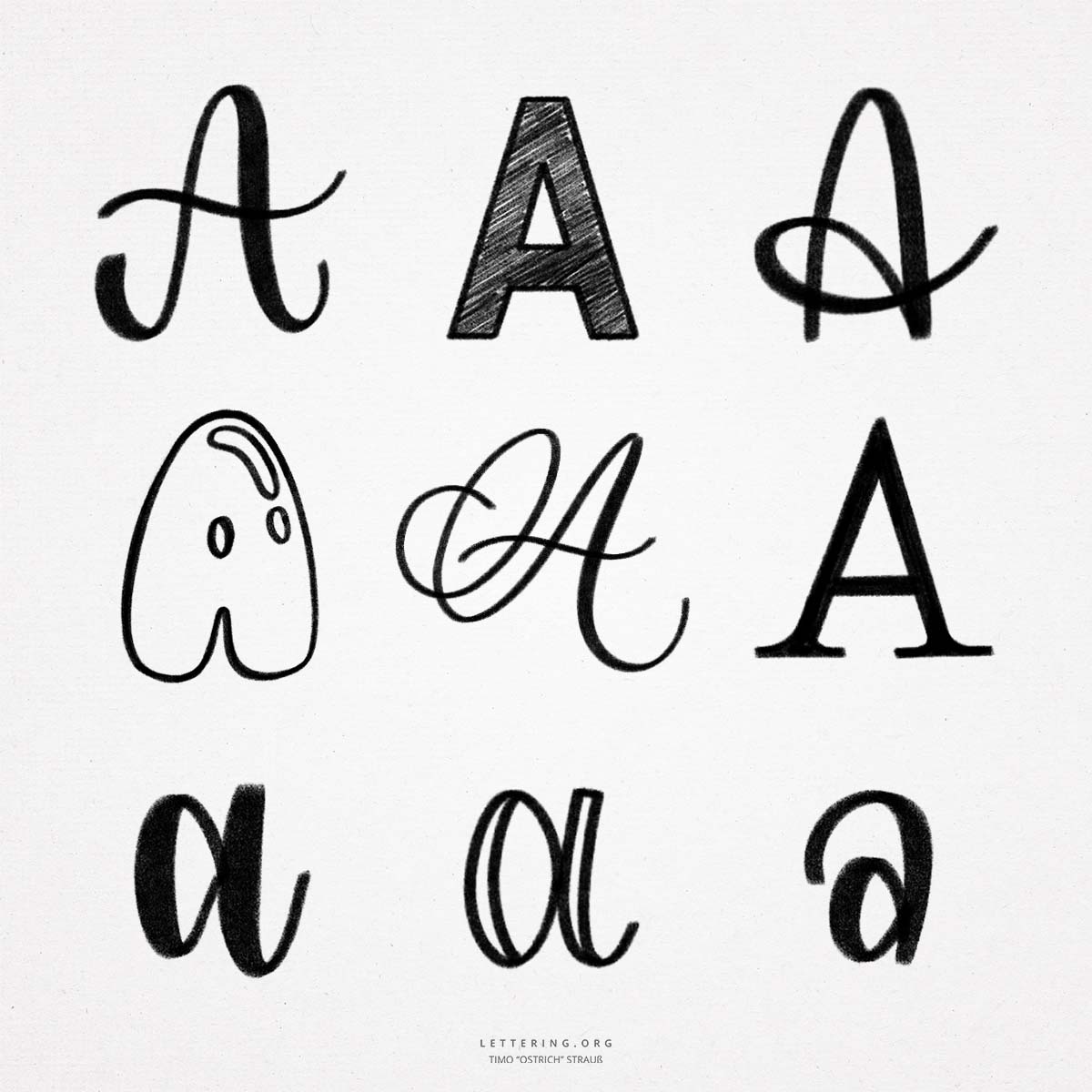 The hand lettering “A” is special because it is the first letter in the alphabet. The lowercase letter looks very similar in both block and hand lettering. In printed texts and in many digital fonts, there is also an alternative variant.